1896 Olympics – Taking a Trip Down The Memory Lane The first Olympics, the quintessential sports and athletics carnival was held between 6th April and 15th April in Athens, Greece, in the year 1896. 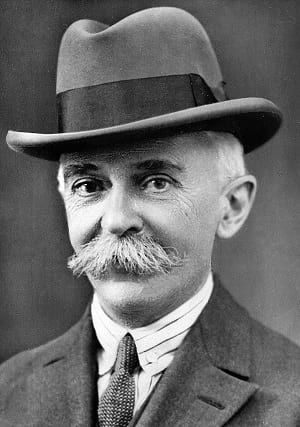 The extravagant event was organised by the International Olympic Committee (IOC), whose founder was Pierre de Coubertin. Although the first Olympic event was a pretty modest affair, today the events are all but multibillion-dollar propositions that entail years of meticulous planning and shrewd politicking.

As many as 241 male athletes from 14 nations participated in the inaugural games. Some of the biggest delegations came from Greece, France, Germany and Great Britain. There were in all 43 events that encompassed sports such as track and field athletics, swimming, cycling, wrestling, weightlifting, tennis, shooting, gymnastics and fencing. Amid an all-pervasive celebratory and high-spirited ambience, the foreign athletes were ushered in with numerous parades and banquet parties.

A high-level meeting was held in Paris by the IOC where they zeroed in on Athens as the venue for the modern and maiden Olympiad. The genesis of the Olympics dates back to 776 B.C. where a place called Olympia in Greece hosted the ancient games at the Panathenaic Stadium. It was built originally sometime around 330 BCE. In this time-honoured spectacle, the athletes participated in only one event and that was a foot race.

With the passage of time, other playdowns like chariot racing, wrestling, boxing and pentathlon were included in the Games programme. All the participants were young men in good physical shape with well-developed muscles from various cities and colonies of Greece who regularly fought it out as a means to salute the human body. The winners of each competition were awarded olive branches. The final ancient Olympics are conjectured to have occurred in A.D. 393.

The revival of the modern Olympic Games in 1896

During the 1800s, many European nations used to host a good number of festivals that were coined after the Olympics and upheld the legacy of the Games. After some time, the organizers of these festivals teamed up with an aim to take the lead in creating a unified platform for various games influenced by the same sense of honour as the archetypal Ancient Olympics. They envisaged a forum comprising of several nations that would federate and compete. In this way, the panel laid the foundation of the IOC and the subsequent inception of the 1896 Summer Olympics. 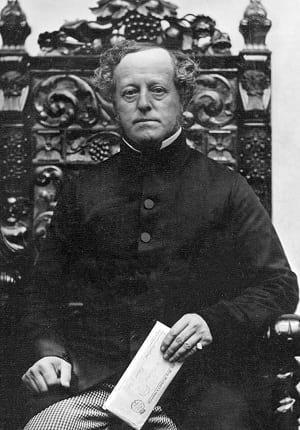 Sometime in the 1850s, Wenlock, a nondescript village in Shropshire took to presenting its own local Olympics annually. The concept which was formulated by a native doctor William Penny Brookes is even hosted in the current times. It was Coubertin who paid a visit to the town during the flow of the event in 1890 and was immensely motivated while looking at the enthusiasm of the townspeople who were participating in the Games. This inspirational discovery persuaded him to form the IOC and contribute towards conceiving a novel form of the Olympic Games at gaps of every four years.

How were the date and the city chosen?

Pierre de Coubertin assembled a group of sports enthusiasts on 18th June 1894 at Sorbonne, in Paris. His prime intent was to illuminate his plans to the sports society representatives from 11 countries. Once his comprehensive proposal was accepted by the conglomerate, a date for the commencement of the first modern Olympic Games was required to be fixed.

Coubertin wanted the Games to converge with the Universal Exposition of Paris slated in 1900. However, the members instead pitched on 1896 apprehending the possibility of a rapid dwindling of public interest with a six-year gap.

Once the date was frozen, the debate then turned to select the host city. Since the ancient Olympics had its birth in Greece, Athens became the most favoured choice to host the inaugural modern Games. Demetrius Vikelas a Greek businessman was the maiden president of the newly formed IOC. A massive crowd of more than 80000 spectators were present in the opening ceremony of the Athens Olympiad that was held at the Panathenaic Stadium. The royal family of Greece, King George I, his wife Olga, their sons and other associated members played a significant part in organizing and managing the Games. In addition, they were regular attendees at various gatherings over the 10-day span of the Olympics.

The majority of the contenders were grouped by their respective nations and aligned in a well-ordered array on the infield. Following an introductory speech by the president of IOC, Crown Prince Constantine officially announced the beginning of the Olympic Games with a proclamation spoken in Greek words.

The first day of the 1896 Summer Olympic. (History of the Greek Nation)

Later, a group of musicians comprising of 150 choir singers and nine bands performed by belting out an Olympic Hymn that was composed by Spyridon Samaras with lyrics by poet Kostis Palamas.

From there on, an assortment of melodious renditions offered the inaugurations for each of the Opening Ceremonies until 1960. Since then the composition of Samaras and Palamas has turned into the official Olympic Anthem, a decision brought into existence by the IOC in the year 1958.

Only Hungary could put together a national team. Most of the non-native athletes were either college students from affluent and well-to-do families or members from sundry athletic clubs who were enamoured by the newness and the creativity which the Olympics had set forth.

The track-and-field competitions for both athletics and cycling had taken place at the Panathenaic Stadium. The primaeval stadium that was originally put up in 330 BCE had been dug out. Yet it was not reconstructed for the once proposed 1870 Greek Olympics.

It lay untouched until the 1896 Olympics when the renovation work with marble was completed under the supervision and capital funding by a wealthy Egyptian Greek Georgios Averoff. The old track was exceptionally elongated with very sharp turns which often were deterrents to the runners as they had to appreciably slow down to stay around in their lanes. The track-and-field events were completely overpowered by the athletes from the United States. Out of the 12 contests, they won 9. The Bay of Zea hosted the swimming competition. Out of the four swimming races, ace Hungarian swimmer Alfréd Hajos won the silver in the 100m and 1200m events. 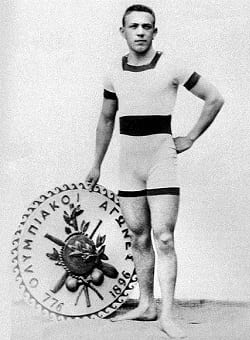 The longer swimming races were conducted by transporting the swimmers out to the mid sea by boat and allowing them to swim back the earmarked distance to the shore. French cyclist Paul Masson bagged the silver for three cycling races. On the opening day itself, James Connolly from the United States won the triple jump and created a record of sorts over the past 1500 years. He performed exceedingly well earning the second and third in other high jump and long jump events respectively.

The countries that boasted of the largest number of teams were Greece, Germany, France and Great Britain. Nonetheless, it was the United States that came to the forefront by picking off the highest number of first-place finishes with 11 medallions. Greece with 10 medallions and Germany with 6 medallions finished off in the second and third places respectively. One of the major highlights of the 1896 Olympics was the first marathon. The then unique race was the brainchild of a Frenchman Michel Bréal. The marathon followed the mythical unending route of Pheidippides. As the legend prevails, an adept runner, who was sent as a messenger from the Marathon plains to Athens, Pheidippides declared the vanquishment of a Persian army who attempted to invade Greece in 490 BCE.

Because of its incredible historical significance, the race garnered the prominence of being the most outstanding feature of the first Olympic Games. Spyridon Louis, a Greek triumphed in the race by a lead of over 7 minutes which gained him an ever-lasting adulation among the nationals. He was also awarded a commemorative cup by Michel Bréal for his tour de force. 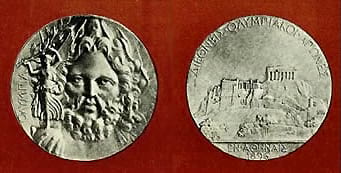 On 12th April 1896, a banquet was arranged for the officials and athletes by King George. He was categorical in his address speech about his intent to hold the Olympic Games permanently in Athens. The official closing ceremony was held on 15th April. The royal family was in full attendance.

A short time later, the king gave away the prizes to the winners. A procession by all the medal holders was also orchestrated, spearheaded by Spyridon Louis much to the ecstasy of the hometown crowd. The king officially announced the culmination of the first Olympiad amid the playing of the Olympic Hymn as the crowd cheered in sheer revelry.

The elaborate and spectacular extravaganza drew to a close with Greece’s national anthem being played followed by a lyrical poem composed in classical Greek by a British scholar and athlete George S. Robertson. 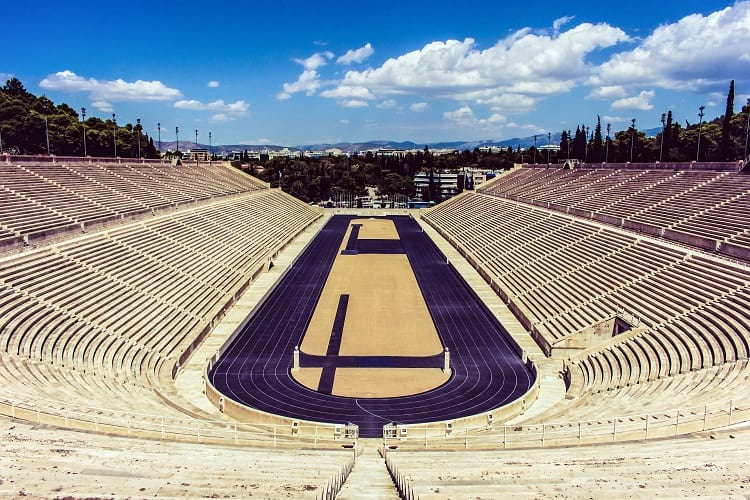 Enjoyed this article? Also, check out “What Happens to the Olympic Venues in the Host Countries After the Olympic Games End?“.